The Spy Who Never Was 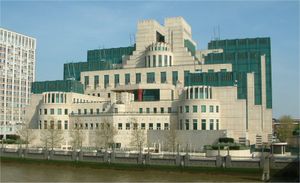 “The Spy Who Never Was”

‘He was on the trail of no one, on a mission to nowhere,  searching for absolutely… nothing.’

Steven Quinn doesn’t know what time it is. He spends his days at the cinema dreaming in the dark when he should be working for Sheila. A life that suited them when they were graduates ten years ago but that was then.
Before the summer is over Steven will learn that this life was never what it seemed to be, as his relationship breaks down he is cast adrift into a new world of confusion, deception and too much to drink.
Steven gets an interview for a job that he doesn’t remember applying for, a job that takes him away from the comfort and boredom of his previous life  and puts him at the dead centre of a terrorist conspiracy.
But who’s side is Steven on? The police are very keen to find out. Who is  Mad Sean Quinn?  and when does a freedom fighter become a terrorist?
Does Steven’s salvation lie in the hands of a glamourous female agent with an  alias problem, or in the hands of ‘The Big American’?
Beaten half to death and running for his life, Steven is forced to confront his own identity; who he was, who he is, and where he came from.
The Minister has an ‘Orrery’, a model of the solar system, and naturally Steven Quinn does not feature in it, neither does Raul Hassiq the Moroccan, The Big American or the girl with no name.  The World turns, and the planets will realign themselves, but when time changes everything a dreamer’s life can so easily become real, a dream can so easily become a nightmare and Steven Quinn could so easily be a Spy…